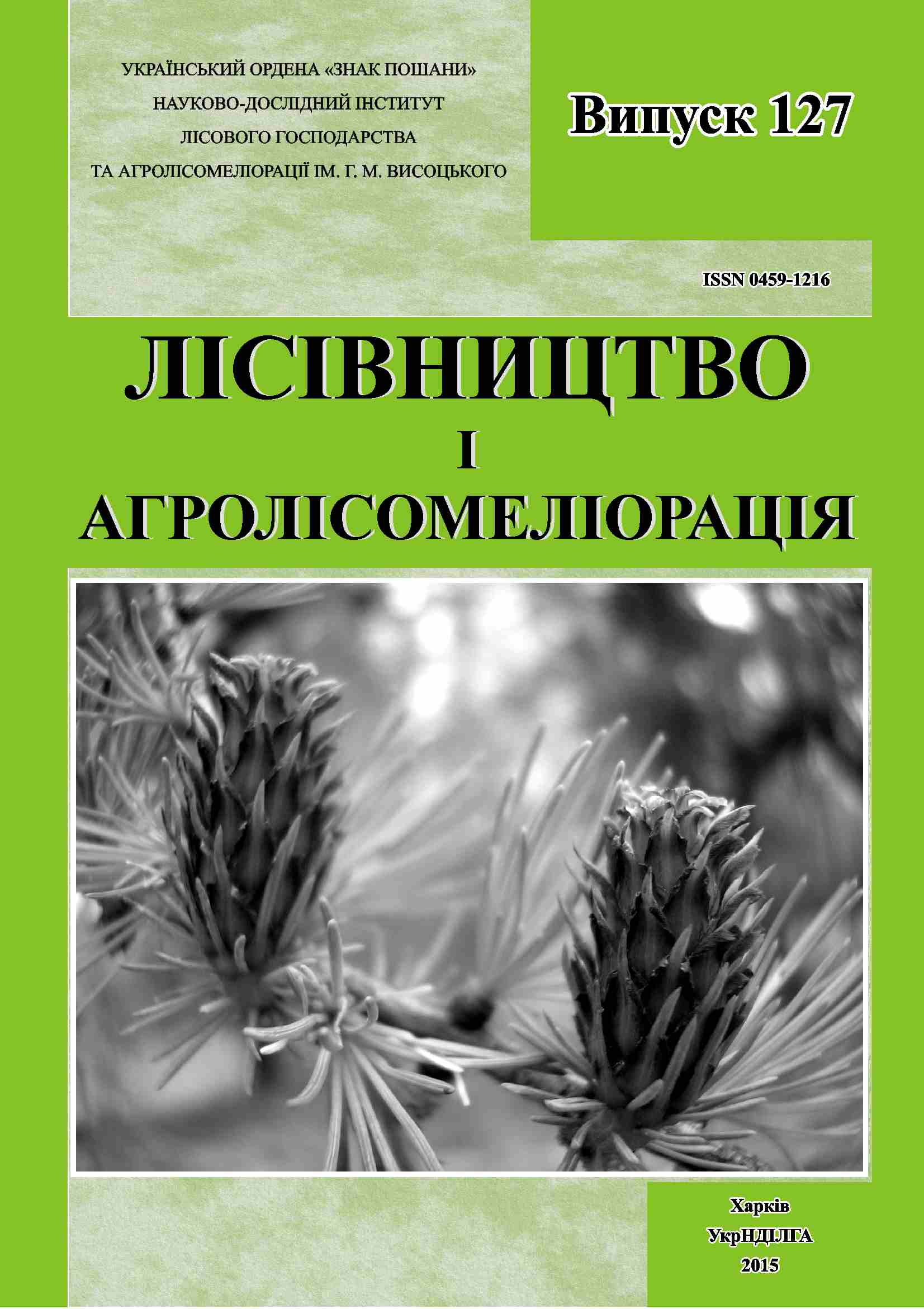 Spread of insect pests depends on ecological conditions of particular stands, which differ by attractiveness and favorability for forming the foci of mass propagation. Approach to evaluation of the threat of forest insect pests’ outbreaks in the particular forest sub-compartments has been developed taking into account forest site conditions, age and some other characteristics. Pine weevil (Hylobius abietis Linnaeus, 1758) and bark beetles (Hylastes ater Paykull, 1800 (= H. angusticollis Eggers, 1929), Hylastes opacus Erichson, 1836, Hylastes angustatus Herbst, 1793 and Hylurgus ligniperda Fabricius, 1792) damage and colonize Scots pine (Pinus sylvestris L.) in the first years of its growing. The spread of these pests depends on availability of substrate for colonization and food supply for maturation feeding. The both parameters depend on timber stock which is greater in more fertile and humid site conditions.

Distribution of pine stands area by forest site conditions influences on growth and condition parameters of pine forests, including their susceptibility to insect damage.

The aim of this work was to recognize the peculiarities of pine stands area distribution by forest site conditions in the territory of pine forests in Siversky Donets river valley (so called “Near-Donets bors”) and its relations with spread and injuriousness of stem insects in unclosed Scots pine plantations of this region.

Forest site conditions were specified by classification of Alekseev-Pogrebnyak. Survey of stem pests of Scots pine plantations, assessment of insect population density and intensity of seedling damage was carried out by standard and original methods (especially using traps and pits with logs and branches). The data were analyzed using standard procedures of descriptive statistics, correlation analysis and ANOVA using MS Excel.

It was shown that from northwest to southeast the part of area with relatively poor site conditions (B) decreases, the part of poor site conditions (A) increases, the part of fresh hygrotops decreases, and the part of very dry and dry hygrotops increases. Mean population density of pine weevil (Hylobius abietis) and bark beetles (Hylastes ater, Hylastes opacus, Hylastes angustatus and Hylurgus ligniperda) in all forest site conditions is slightly greater in the forest-steppe part of Near-Donets bors than in the steppe part of it. Abundance of stem insects is in concordance with wood stock which determines the amount of substrate for colonization and depends mainly on forest site conditions. High positive correlation is calculated between stem insects abundance and the part of damaged seedlings. At similar abundance of stem insects, mortality of seedlings with the lowest root collar diameter is the most likely.